Why ResRadio Needs YOUR Subscription, too

Why ResRadio Needs YOUR Subscription, too 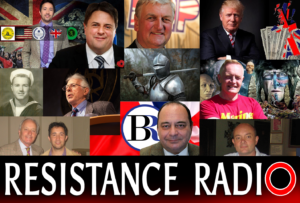 ResRadio is building the most effective nationalist web radio station in the English-speaking world - a voice for the voiceless, providing hope for the hopeless, a future for European children who otherwise would not have a future in a hostile alien world.

Others do some of what we do, and we admire them for it. We’re always willing to co-operate with and give credit to others who are campaigning on similar ground to us. But we believe that ResistanceRadio.TV is unique. We are the ONLY station which stands proudly for the core values of true, revolutionary traditionalism.

These values can take a number of different forms, and nationalism by its very nature has to be a ‘broad church’ rather than a narrow sect. After all, one cannot hope to effect serious change in the real world without building a powerful movement, and one cannot build a powerful movement without persuading people who may not necessarily share every last point.

For this reason, and also because we greatly value freedom of speech, we invite and feature guests and contributors from a wide range of patriotic opinion. You will not find a broader range of programming and opinions anywhere else!

We are nationalists, but we reject warmongering chauvinism. We stand for the preservation of our own kind, but we do not hate other races. We are traditionalists, but we believe that it’s too late to abide by the traditional value of politeness, so we speak bluntly: Homosexuality and Hollywood Nazis have NO place in genuine, forward-looking nationalism.

If our people are to survive, we need children and we need Russia. So any who argue or act in any way against the crucial role of the demographic struggle, or whose obsession with the past hinder good relationships with the anti-liberal bastion of Slavdom, make themselves our enemies.

If the peoples, cultures and sovereign nations created by European man are to survive, in the Old and the New World alike, then it will be through a Revolution and Reconquista based on three foundation stones:  A widespread return to muscular, fighting Christianity; the institution of the family, namely one man, one woman, married for the purpose of having children, lots of them; and the reconnection of our blood with our sacred, native soil.

ResistanceRadio.TV is intended to become a weapon for use in politics. We believe that political parties still have a vital role to play in recruiting and building the resistance to the coming Catastrophe of Western liberalism. But while we can and must prepare for that Catastrophe it cannot now be avoided, and nor will it be overcome by anything other than the Sword, the Cradle and the Plough. All in the hands of our people – the greatest, noblest and most productive creation on God’s Earth.

That is the end of the coming Long March, the inevitable result of the 100 Year Reconquista that will restore Christendom.  But where does one start the Longest March in the history of our peoples? With one simple step: Subscribe, and help build ResistanceRadoTV. Because the real fight back begins here!