Former BNP parliamentary and mayoral candidate, Edward O'Sullivan, sat down with Irish nationalist stalwart, John O'Connell, to discuss the ever worsening situation that the indigenous Irish people now find themselves in.

"John is an Irish patriot and like Eddy, a Nationalist - a true Irish Nationalist - not to be confused with the anti-white Marxist ideals associated with left wing parties in Ireland and Scotland referring to themselves nationalists. While the likes of the SNP and Sinn Fein fight for LGBT issues, for abortion on demand and for the opening of the Celtic homeland's borders to inassimilable third world migrants, John O'Connell, and his Celtic nationalists fight for the people of Ireland and AGAINST globalist oppression. After all, why fight for independence from Britain if you're just going to hand your country over to the EU and immigrants?" Jack Sen told us by phone this morning. 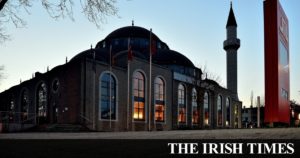 John provides first-hand insight into the way the indigenous Irish are being replaced by mass immigration, the manner in which Irish Sovereignty and independence have been ceded to the Bolsheviks in Brussels and the role that Frankfurt School ideologies - ones adhered to by Ireland's Institutions and both Sinn Fein and Fine Gael - are decimating Irish Identity. This is a must listen for any nationalist, especially people with Irish ancestry.

Eddy O'Sullivan does a splendid job unraveling the complexities of the Irish nationalist scene. This is a must listen.

‹ London now as dangerous as worst US cities with Sadiq Khan and the Left to blame › How the Far Left use ethnic minorities, migrants and sexual outliers to attack Western culture and Christianity – Nick Griffin and Jack Sen discuss this important topic on the latest Resistance Report