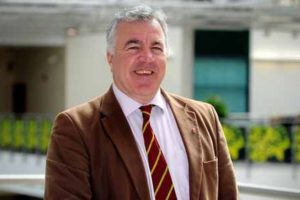 The summer of 2017 has seen three major terrorist attacks in Britain. Paul Rimmer, a former BNP organiser, and English Democratic candidate for Mayor of Liverpool and city's police commissioner, feels that this is only the beginning. And that unless we act now, we will be too late.

Eddy sat down for lunch and a chat at a Manchester pub with the SOM Party secretary in Manchester this Spring. The pair discussed the Islamic invasion of Europe, the Catalonian separatist movement and the state of contemporary nationalist politics in Spain. Enjoy!