British Renaissance Policy Insitute founder Jack Sen believes it is only a matter of time before the establishment starts using "arbitrarily applied hate speech legislation" to prevent us from criticisng those in power as they've done in West Lancs and now Worcester. 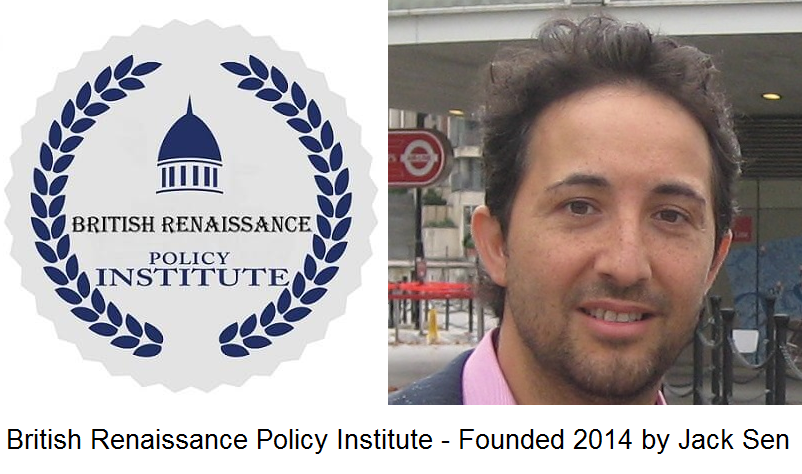 "Labour Party progressives claim one of their primary objectives is combating violence against women and systemic misogyny. Yet, in spite of the literally thousands of young girls who have been sexually assaulted by Muslim grooming gangs, Muslim citizens and migrants, Labour has been deafeningly silent. No condemnation, not a solitary drop of genuine concern for the innocent lives that are being sacrificed on the altar of political correctness, nothing...

To make matters worse, the Labour Party is now preventing British citizens from defending their children by using arbitrarily applied hate speech legislation to stifle the speech of their political opponents. In the past this has merely hampered our ability to criticise Labour's conspicuously anti-Christian, anti-British policies. Now, however, it has resulted in there being endemic levels of state-sponsored child sexual exploitation, and we are being told we can literally do nothing about it. The tags 'Racist', 'Islamophobic' even 'Christiancentric' are applied to anyone that dares point out that the grooming gangs consist of predominantly Muslim men.

People who dare broach the subject are literally being accused of hatred.

The Labour Party, and to a certain extent the British State, have demonstrated that they are as hostile to freedom as the Islamic ideologues their destructive policies empower. If the Labour Party could have us locked up for criticising them, they would. If Muslims high up in Jeremy Corbyn’s cabinet could harm us for exposing their efforts to impose Sharia Law, they’d have us drawn and quartered." Jack Sen, Director and Founder British Renaissance Policy Institute."

"The Labour Party has known about the Grooming gang scandal for years. They have refused to acknowledge it because to do so would be to undermine the multicultural society that they have imposed upon the host community over several decades, without any consultation or consent whatsoever.

Meanwhile, in a classic example of Orwellian double-think - the holding of two contrary and incompatible opinions simultaneously - Labour MPs live in the leafy suburbs or the countryside, well away from the bedlam and 'enrichment' they have visited upon the British population. By contrast, had the perpetrators of this paedophile gang culture been Roman Catholics, the culprits would have been locked up by the Police years ago.  Fear of the word 'racism' and 'Islamophobia' has all but curtailed any discussion of the evil that has descended upon the British nation state."