Former Member of European Parliament, Andrew Brons, sits down with Resistance Radio to discuss Brexit and the treatment Boris Johnson has received, catastophic demographic change and policy failure as well as many other topics

Today we sat down with former Member of European Parliament, Andrew Brons, spokesperson for the British Renaissance Policy Institute, founder of the British Democrats and fellow Liberty Defender.

Mr Brons served Britain's interest in the EU for 5 years, opposing its autocratic undemocratic bureaucracy every step of the way. One thing that distinguished Mr Brons from most other Eurosceptic MPs was his attendance record. Mr Brons was one of the few MPs with an attendance record above 80%, where spoke about demographic replacement and other issues important to genuine nationalists and patriots.

In total there are going to be four short speeches (5-1o minutes in length) and two longer discussions with Jack, the first of which we have quickly edited and are sharing below.

We hope you enjoy the first of these important discussions. (5 and 18 minutes) They were a pleasure to record.

Our Prime Minister is being treated as patriots have been for a generation . Andrew Brons, "Is he now one of us? or does he simply now know what it feels like to be us." 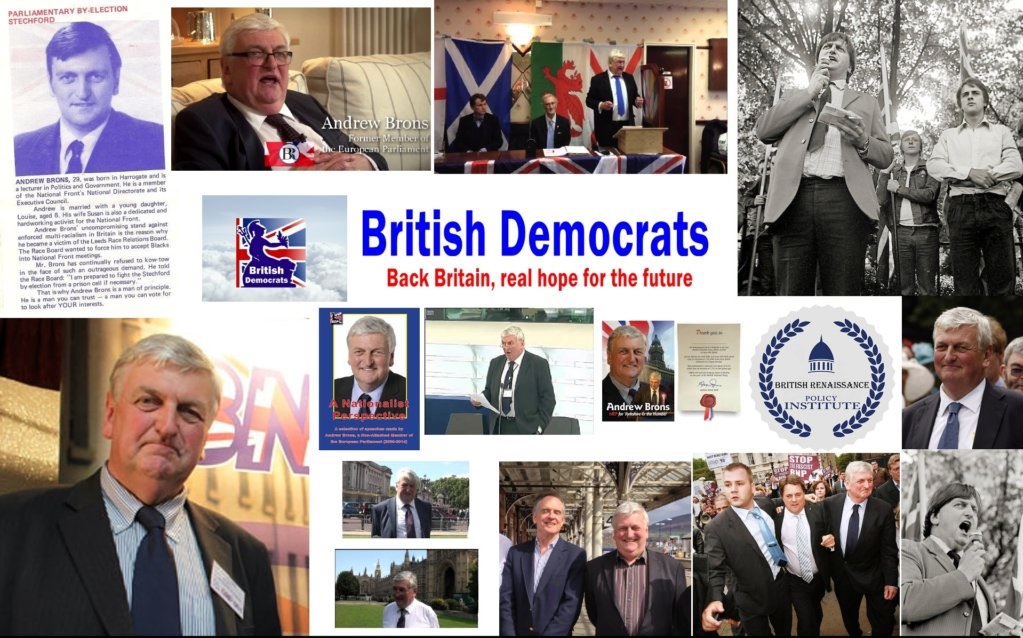