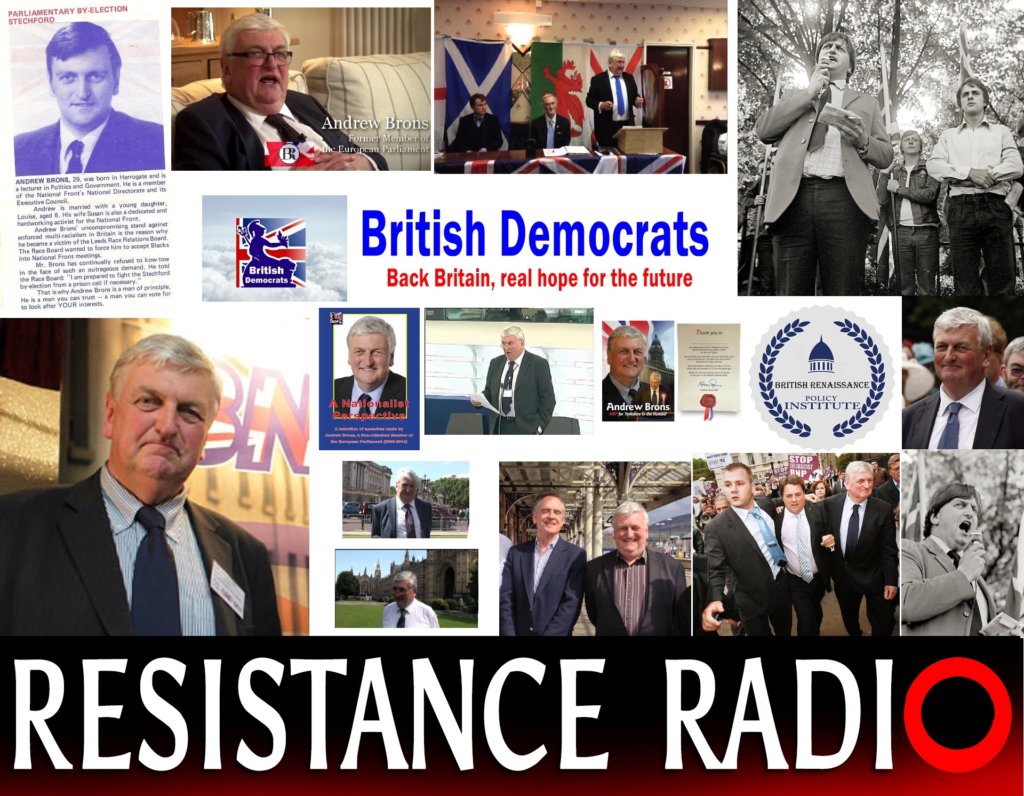 A British Renaissance with Andrew Brons

A British Renaissance with Andrew Brons brings you the former Member of European Parliament's thoughts on the state of British nationalism, UKIP, the liberal mind, Britain's transformation from a relatively homogeneous nation to mulitcultural society, Zionist hegemony, the dire state of nationalism, importance of valour and bravery, and most importantly, where we're headed as a people.

Using personal anecdotes from his time in Brussels and four decades of experience in British Nationalism, Andrew's commentary is sure to inspire.

The former MEP, public speaker and university lecturer's series will be offered to both members and non-members (public). Full episode list here

‹ Download audio post › Nick Griffin explains how the alleged poisoning of Russian spies was little more than a poorly planned hoax. So what really happened in Salisbury?