Dr Kevin MacDonald, editor of the ground-breaking webzine The Occidental Observer, and author of Culture of Critique series, discusses the role the Frankfurt School and Jewish intellectual movements, have had on the downfall of Western civilisation

as well as the role Jews play in immigration of non-Western people into our homelands. From the US to Britain, Sweden and Ireland, Jews have been at the forefront of the push to replace Western Europe's indigenous people with migrants. Both recordings aere exclusive to Resistance radio.

Dr MacDonald has recorded an entire series with us which we will be releasing over the next few months./

In case you missed our most recent Resistance Reports program, with Nick Griffin and Jack Sen, it can be found here. Although the introduction has been offered publicly, the program is for subscribers only. We will be releasing another episode this week. 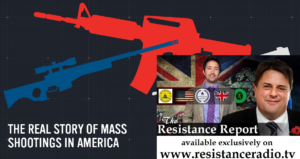